Skip to content
KNOW BEFORE YOU GO: Find out more about current travel restrictions in BC.
Current Travel Advisories
Home \ Blog \ A Guide to Eating and Drinking Your Way Through Sidney, BC

A Guide to Eating and Drinking Your Way Through Sidney, BC

For many Islanders, Sidney’s reputation exists in relation to its proximity to the Swartz Bay Ferry Terminal (which connects Vancouver Island to the mainland); it’s the last stop before you reach the ferry terminal.

What you don’t see from the highway is a seaside community that extends beyond streets dotted with boutique stores and bookstores into a rural and charming landscape home to a growing number of farms and wineries.

Though rumours of Sidney’s unusually large selection of bookstores and thrift stores are true (Victoria locals know coveted vintage finds and curated stacks of books are worth the 25-minute drive) foodies will be surprised to discover an emerging culinary region worth exploring.

It’s simple. Part of the reason why Sidney & the Peninsula has remained a mysterious culinary destination so far lies in its geography. Highway 17 splits the area through the middle: to the east, the downtown core, waterfront, and residential homes; to the west, farms, wineries, and secluded rocky coves. It requires some time and a good map if you plan to explore the fringes of this deserving peninsula.

Another reason to set the record straight on this region: Cowichan Valley usually earns praise as the Vancouver Island region that enjoys a Mediterranean climate, but this applies to the Peninsula as well. That, combined with moderate rainfall, translates into some of BC’s mildest winters. In oenophile speak, this means winemakers can experiment with unique varietals that aren’t often found elsewhere.

And surrounded by so much water, it’s easy to see why growers and winemakers are drawn to the area.

Saanich Peninsula wineries are still few in number, but this means you can explore at a leisurely pace and still leave time for dinner and dessert at one of the many fantastic local restaurants.

Located on ten acres on the Saanich Peninsula overlooking the Haro Strait, Sea Cider grows 1,300 apple trees that produce more than 50 varieties of heritage apple, which are fermented, pressed, and distilled into traditional cider varietals.

An early pioneer to the region, Sea Cider has been in operation since 2007 and has slowly made a name for itself in the Pacific Northwest and beyond; their award-winning ciders have taken home gold medals in many local and international competitions.

The cider house is equally as impressive: white-washed walls, floor to ceiling windows, dark wooden beams and a stunning vaulted ceiling are reminiscent of a more upscale English farmhouse. Sample a cider flight or have a glass with the charcuterie board, which comes with a rotating selection of pickles, sausages, cheeses, hot mustard, and house-made smoked salmon dip.

Deep Cove Winery is the newest offering to the region. Located on the edge of the peninsula, this family owned and operated winery opened its doors to the public in early 2018. They sell only bottles out of their modern and brightly lit tasting room…that is, unless you head across the street to Deep Cove Chalet, a traditional French restaurant set in a chalet-style property overlooking the water. The chalet has been a long-standing local institution and is the only restaurant where you’ll find their offerings on the menu.

Roost Vineyard Bistro and Farm Bakery serves up their own estate wines in their unassuming restaurant. Red and white checked tablecloth and country finishes make for a relaxed, informal ambiance, while the woodfired pizza pairs nicely with the wine.

Its namesake may indicate otherwise but you’ll find this distillery and tasting room situated along the Sidney waterfront. This long-standing Island distillery is one of Canada’s oldest, small-batch spirit companies. The distillery is open year-round; stop in from Thursday to Sunday and you can join a tour of the distillery to see first-hand how their gin, spirits, and liqueurs are made. Or
head to the Cocktail Lounge to sip classic concoctions or the latest seasonal offering.

Follow up a day of wine touring with a visit to one of Sidney’s excellent restaurants. Don’t miss the Farmer’s Daughter, an elegant and charming establishment dedicated to the ultimate pairing: wine and cheese. Well-curated flights of both are served up alongside detailed tasting notes, including the origin story of each offering (like the Fromaggi Arnoldi, which dates back to the ninth century and was originally used for currency because of its square shape).

Fish on Fifth, while they serve up crispy battered fish n’ chips, is also earning praise for their plant-based options. The Codfather is a vegan version of the classic served up with vegan tartar sauce and a side of vegan coleslaw.

Or look straight to the source for a true farm-to-table experience. The Fickle Fig Farm Market is a market, bakery, and bistro. Catering to the local farmers, artisans, and community members, they focus on sustainable produce and use only what’s in season.

For more places to eat, check out this list of Sidney restaurants.

Some of Sidney’s best foodie options can be found at local markets throughout the year. Sidney Scones is earning a cult following for their gourmet lineup of scones. The owner, Chelsey, bakes, sells, ships, and manages all aspects of this burgeoning business. Using real ingredients and crafting glazes from scratch, she turns out classics like Cranberry Orange and Lemon Poppyseed, but it’s her original recipes that have people following her to every market and fair: Earl of Grey, Strawberry Cheesecake, and Salty Apple are all favourites. These buttery scones are only sold at local markets and fairs.

During the North Saanich Flavour Trails event, you can hit many of the farms, wineries, and agri-producers named here during this self-guided two-day event.

Getting to Sidney, BC

Sidney is a 25-minute drive along Highway 17 (the Patricia Bay Highway) from downtown Victoria, and a 5-minute drive from the Swartz Bay Ferry Terminal (via BC Ferries from the Gulf Islands or Vancouver). Load up Google Maps or GPS in advance when exploring the more rural roads of the Peninsula. Or stop in at the Visitor Centre at Beacon Ave to grab a local map. Parking is free in downtown Sidney. For more activities, and a list of places to stay, in and around Sidney, visit the Sidney BIA website. 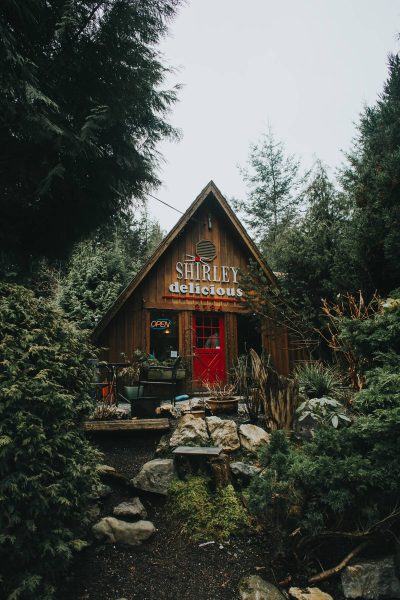 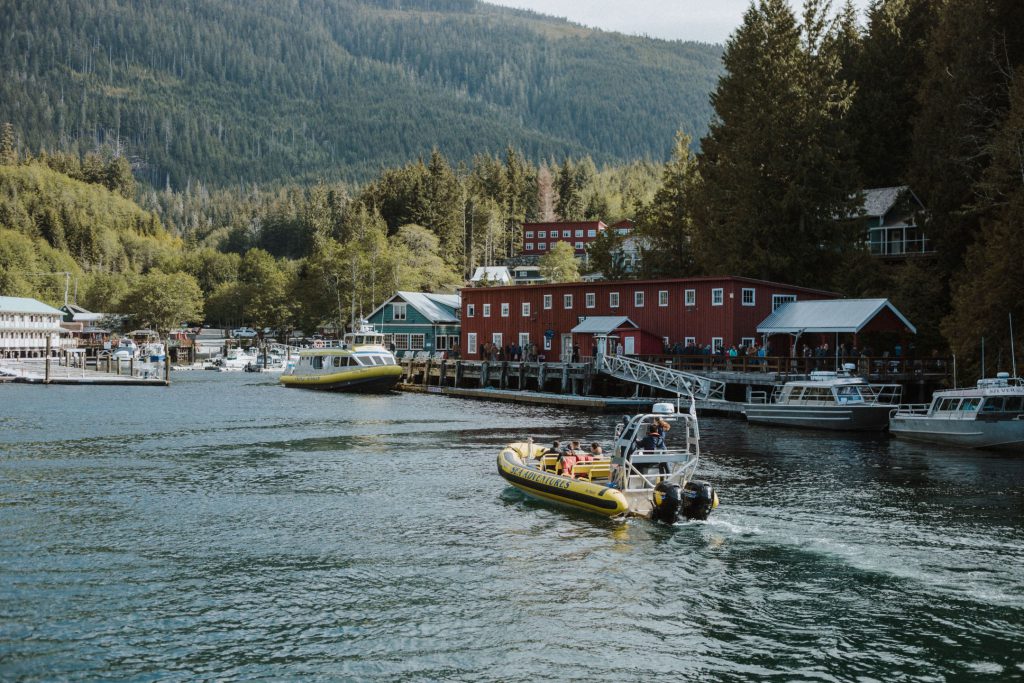