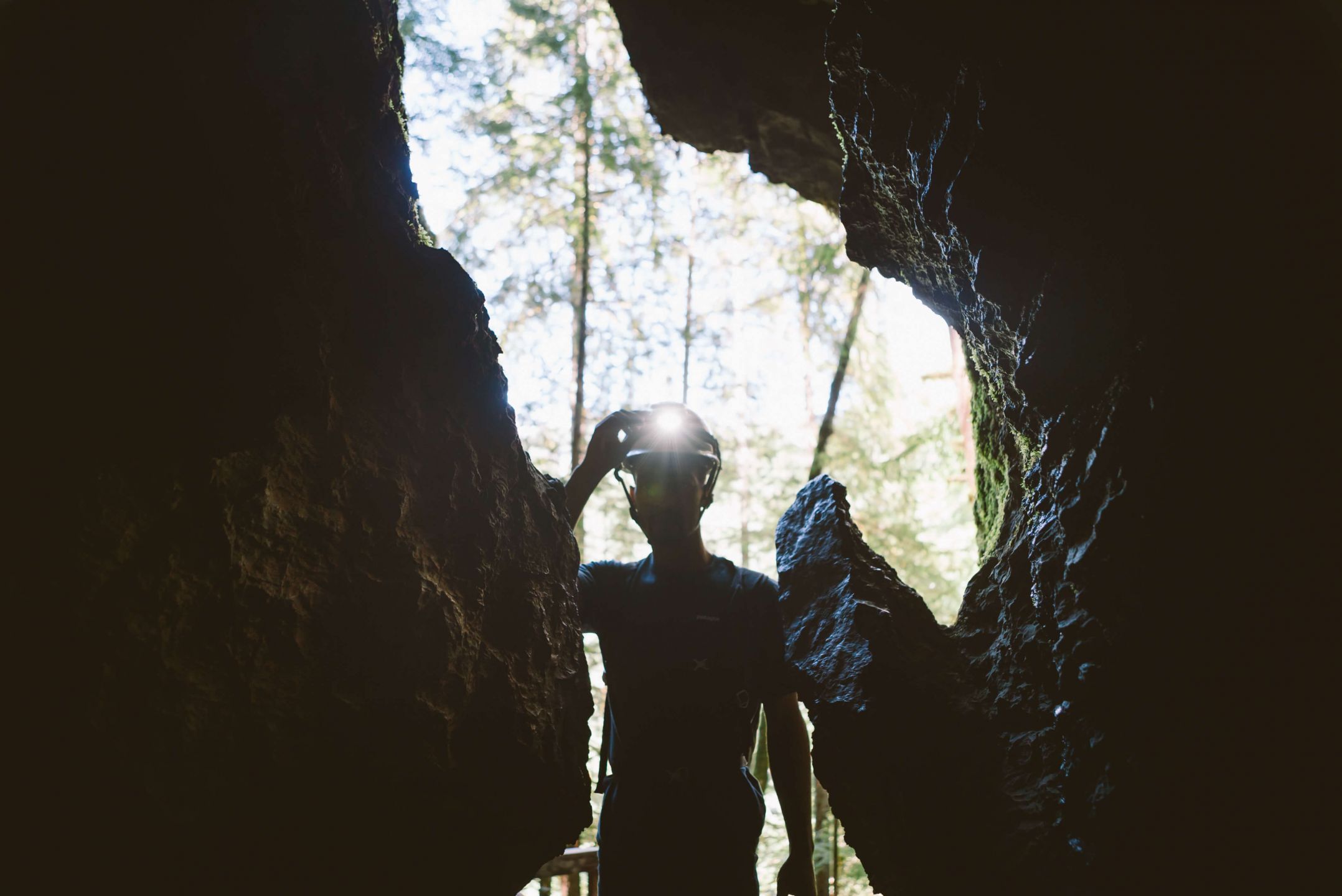 Whether you’re an outdoor enthusiast, a geographer at heart, or family looking for a unique and fun experience, a trip to Horne Lake Caves should be a must-stop on your Island itinerary. I visited the caves for my very first time in November 2018 and can’t believe I haven’t done it sooner.

Getting to Horne Lake Caves

Horne Lake is only one hour from Nanaimo, although thanks to the beautiful pastoral views along the highway it’s made to feel even shorter. Upon reaching the highway turnoff to Horne Lake, the paved road quickly ends and is replaced by a well-established dirt road for the rest of the journey (roughly 15 minutes). Cell coverage can be spotty in these areas making it difficult to use map applications, but there are several signs along the way to point you in the right direction.

The parking lot was larger than I had expected and looked like it had been recently expanded. I found a spot and began to suit up for a few hours underground, starting with a good base layer, followed by a cozy sweater, finishing with water-repellant pants, a durable raincoat, and warm gloves. While the caves maintain a constant temperature of 8 degrees Celsius all year-round, it’s important to prepare for the climate inside the cave as the weather outside. I fortunately have plenty of outdoor gear already, but if you don’t, the tour guides have everything you need for available to rent.

Suited up and ready to rock (pun intended), I headed inside the Visitor Centre to check-in with the tour. Glancing around at my fellow tour mates, I was excited to see a great variety in ages and abilities. While waiting for the remaining few folks to trickle in, I browsed their selection of small gifts and souvenirs. A few minutes later, we were ushered outside to begin the tour.

Gearing Up to Go Underground

We gathered around as Myles, one of our tour guides for the day, explained our itinerary and some introductory details. I consider myself to be mildly claustrophobic, but any concerns I had about crawling into small spaces disappeared as he confidently explained what was in store for us. He told us a bit about his experience and it was clear that we were in great hands.

As we began our ascent up the trail to the first cave, I took a moment to admire the pristine scenery. A carpet of vibrant green moss blanketed the forest floor between trees, large rocks, and ferns. As a second-growth forest, the area has been beautifully reclaimed by nature. As we casually climbed up the manicured trail, Myles explained the area’s Karst landscape and natural history.

We reached the entrance to the tour’s first cave, Riverbend Cave, and were given a crash course in spelunking and how to safely move about the caves. As a group, we turned on our lights and descended into the deep, dark unknown, our eyes slowly adjusting to the new surroundings. Myles explained and identified the various types of structures and mineral properties formed in the cave–stalactites, stalagmites, calcite, cave bacon, cave coral, curtains, and more. He was as much a wealth of information as he was a source of dad-jokes, each in endless supply. This cave was surprisingly open and relatively easy to walk through.

After about an hour, it was time to move to the other cave on our itinerary: Main Cave. Unlike Riverbend Cave, Main Cave was a little more closed quarters. We found ourselves strategically maneuvering between, around, and beneath formations, contorting our bodies to squeeze through the narrow passages. Still, my nerves about tight spaces remained at bay. We entered another cavern with a small waterfall, where we found out that our next challenge was to go up. Slowly and steadily, we climbed our way up the rock face with the waterfall between our legs, one careful hand and foot placement at a time. I took a few seconds to stop and appreciate the moment, emotions welling up inside as the reality of the situation took hold. Once at the top, we continued down the passage until we came to a man-made slide, and scrambled our way back down two ladders before reaching the main path we came in on as we headed back to the outside world.

I’ve attended caving tours before, but this was by far the best I’ve experienced, offering spelunking in the purest form. Overall, the tour was equal parts educational, entertaining, and exhilarating. You’ll leave with a handful of new additions to your vocabulary and new memories that will last a lifetime.

Visit the Horne Lake Caves website to learn more about their various tour offerings and start planning your next trip. 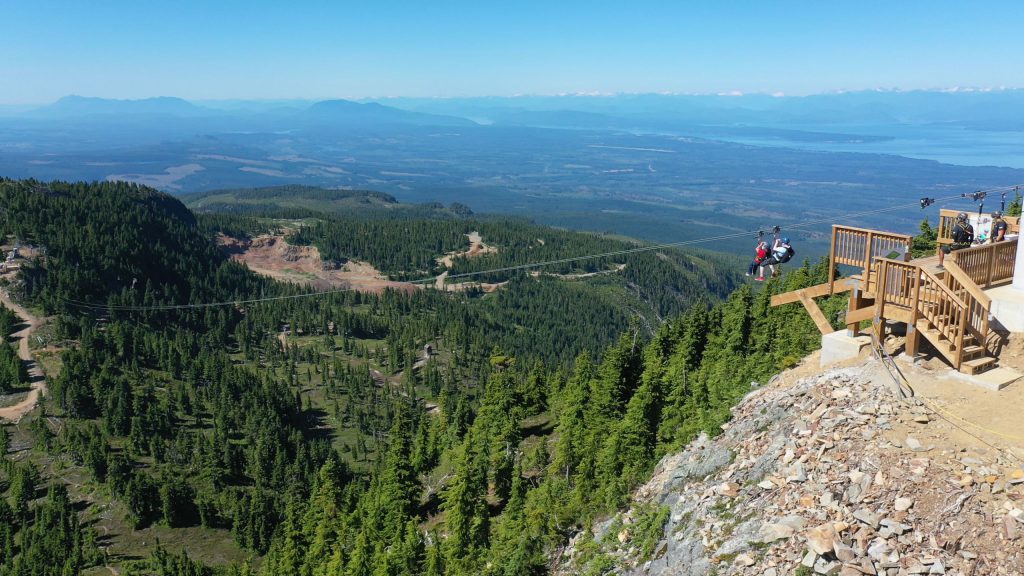 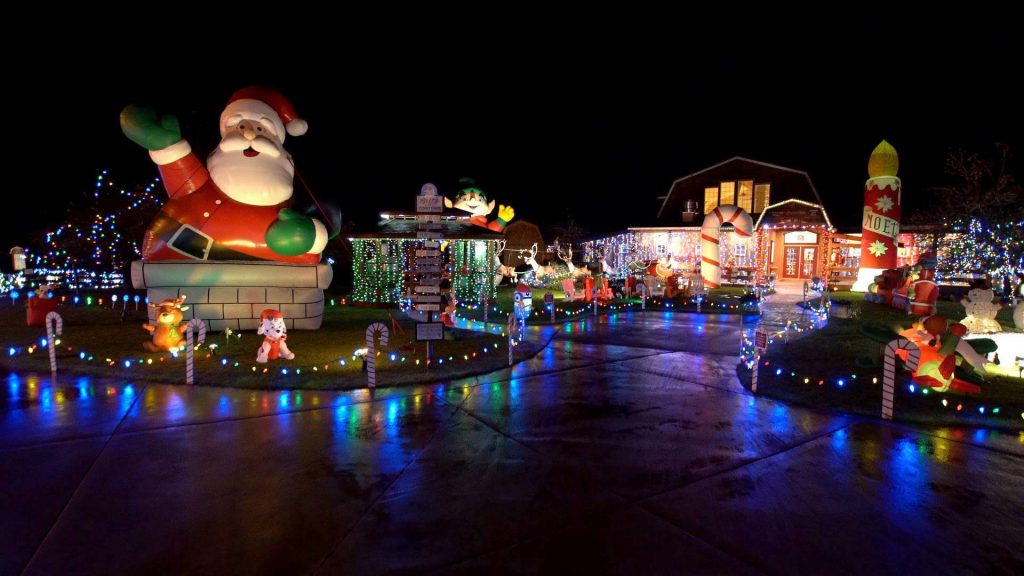